Heat to be moved & deleted 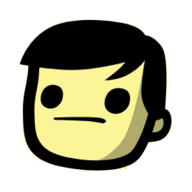 Cooling in Oni is a two step process:

This tool lets you calculate how much heat energy you need to move and delete, then provides options for how you can delete that heat, along with the running costs to order to operate that heat deletion method. As seen on

No assumptions have been made for additional heat introduced into the system via heat transfer methods. E.g. a liquid pump will add 2k DTU/s, your power sources may generate heat, etc.

Running cost assumptions are a best case scenario and should be considered a minimum for all cases:

It would be advisable to round up the number of Wheezworts required by at least one in order to (i) account of heat entering the system though non-perfect insulators (ii) to help the system reach steady state faster.

Wheezeworts and Thermo-nullifiers can be automated by building them on doors.

Wheezeworts would generally be considered the optimal heat deleter for two reasons (i) they can have zero running costs (ii) they are themselves infinitely obtainable. Until the player has access to them on an icy planet however, they are limited and should be used efficiently.

Oni Assistant is a place for learning and sharing ideas. If you think this page could be improved please let us know. If fellow users have questions, please be kind and helpful in your answers.

To save your bandwidth, comments don't load automatically. Click the button below to view and provide comments.

If you like using Oni Assistant and want to give back, the best way is to link it on your forums and socials.